Two history students from Richard Taunton visited Auschwitz in Poland to take part in Lessons From Auschwitz, a project run by the Holocaust Educational Trust.

Sophie Carreras, formerly from Crestwood College and Jess Brown from Toynbee School, were chosen to be part of the project after producing winning essays in a college competition answering the question ‘Why should we study history?’ which addressed the importance of learning from the past.

The project has seen over 41,000 students and teachers participate since starting in 1999. It is based on the premise that ‘hearing is not like seeing’ and gives young people the opportunity to increase their knowledge and understanding of the holocaust and it’s relevance for today.

The project started in the autumn term with a seminar which included hearing from a Holocaust survivor Ziggy Shipman. History, Law and Sociology student Sophie said:

“The talk from Ziggy was eye-opening. He gave us a real insight into Jewish life, and what he experienced in the camp. ”

Sophie and Jess then visited Oświęcim, the town nearest to where the camps were located, and learnt about their Jewish community before visiting the concentration and death camp of Auschwitz-Birkenau. Participants took part in a tour of the camp which ended with a memorable ceremony which included readings, a moment of reflection and ended with the  lighting of memorial candles.

Speaking about the visit to Auschwitz, Jess said:

“The visit was very intense. When you are there you experience a lot of emotion which can be hard to process, it felt unreal. It can be hard to comprehend and take in the scale of what happened. I think it’s important  to increase the knowledge and understanding of the Holocaust for young people, to pass on these experiences from the survivors and learn from the past. The project has allowed me to learn more about the history of the holocaust first hand, and it has given me the confidence to pass on what i have learnt to others”

As part of the next steps in the project, Sophie and Jess will now work with their previous schools to present assemblies on about the project and raising awareness about the Holocaust. They will also be presenting what they have learnt to their humanities classmates, which will not only educate them on the key messages of the project but will also help with their studies. 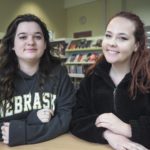 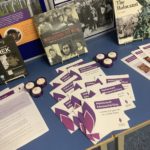 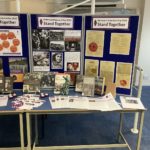