Richard Taunton student and talented golfer Warren Clark will be jetting off to Abu Dhabi this week to compete at this year’s Special Olympics World Games as part of Team GB.

The Special Olympics focuses on creating a world of inclusion and community and celebrates all athletes with intellectual disabilities, regardless of their level of ability. It’s one of the world’s largest humanitarian sporting events with over 7500 athletes across 190 countries and seeks to empower all those involved through the power of sport. Warren is one of eight golfers from across the UK on Team GB and will be competing in up to five rounds of golf against competitors from around the globe.

The 18-year-old, formerly from Great Oaks School in Southampton, picked up a golf club when he was just 11 and hasn’t looked back. As a young person with autism, speech difficulties and learning disabilities Warren certainly hasn’t let this stop him from pursuing his talent, and continually strives to make golf a more inclusive sport for people with disabilities.

Warren, who was also selected as an ambassador for the World Games and spent a week playing golf in the UAE to test the venue and facilities last year, is looking forward to returning for the competition:

“I’m really looking forward to playing on some new golf courses and trying to win a Gold for Team GB, I’ve been preparing for the games for a while, and my coach had a training plan set up for me which included two to three sessions of golf a week.”

With a handicap of six and a PGA Level 1 coaching badge under his belt, his achievements in the golfing world speak volumes of his commitment and dedication to the sport. His ambassadorial duties extend far beyond the Special Olympics, and as an ambassador for England Golf, the Golf Foundation and England Golf Trust, he is a true advocate for the empowering capabilities of sport.

As a past winner of England Golf Young Volunteer of the Year Award, Warren continues to encourage more young people with learning disabilities to try out sports through his volunteering with local club Salisbury and South Wilts Golf Club, and with his own charity;  Warren Clark Golfing Dreams. Through his work with the community and with disabled and disadvantaged families, Warren has managed to introduce more than 5000 children to the sport!

Warren spoke of how being involved in sport helped him:

“Sport allowed me to build my confidence, in everyday life and in my studies at college. I am better at asking for help when I need it and I’ve built lots of new friendships along the way, which has given me the skills to communicate with people within the golfing world. If I had to give advice to other young people, I’d encourage them to not hide away playing computer games, but to get outside and play sport!”

Warren plans to pursue a career in sport which continues to increase opportunities for those with learning disabilities and hopes to become a sports teacher or a coach.

“It’s wonderful to see a talented Richard Taunton student representing Team GB at the Special Olympics, Warren is a talented golfer and a dedicated student and works hard in his studies here at college alongside his sporting commitments. We were thrilled to be able to support his golfing career with the Elite Athlete Award earlier in the year. The college community will be cheering him on, and we wish him the best of luck during his time in Abu Dhabi”. 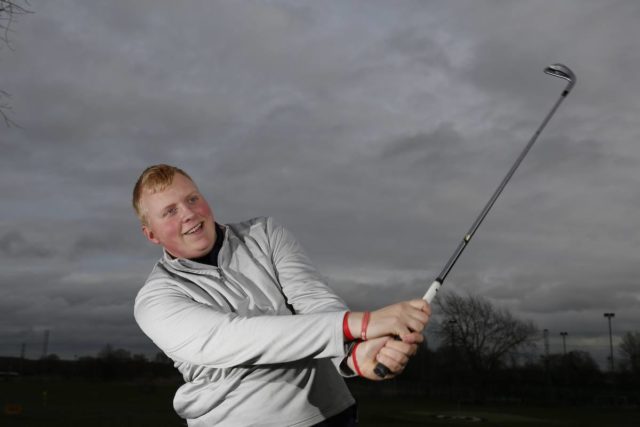