The programme is run by The Brilliant Club, an ‘award-winning university access charity’. For six weeks, the students took part in weekly tutorial sessions which were delivered by a PhD tutor. In addition to broadening their scientific knowledge, students also developed their essay-writing and research skills.

The programme culminated with students producing a university-level essay. A recent study suggests that pupils who complete the Scholars Programme are ‘statistically significantly more likely to apply to, receive an offer from and progress to a highly-selective university than pupils from similar backgrounds’. 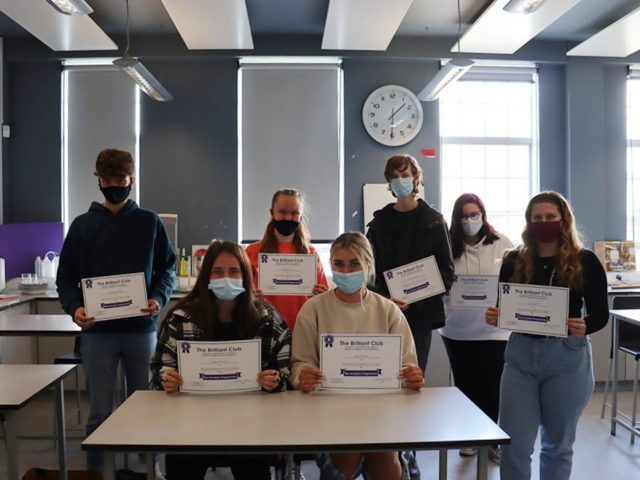 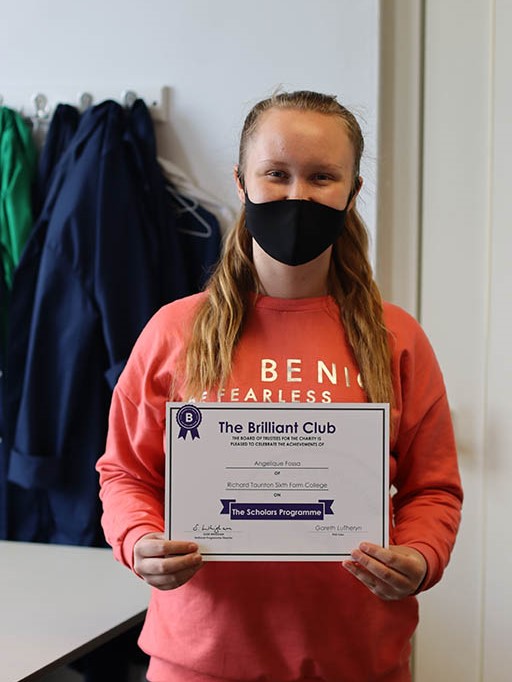 Angelique Fossa joined the college from Edenvale High School in South Africa. She is studying Maths, Physics, Biology, and an EPQ at Richard Taunton.

‘The Scholars Programme allowed me to broaden my knowledge around the impact of biofilms on humans, as well as how to structure a scientific essay. The graduation event was the most enjoyable part of the programme as it allowed me to reflect on the time I spent attending lectures and writing essays each week. Overall, the programme taught me to work hard even when the unexpected happens, embrace the changes that you may face along the way, and prioritise what is most important to you. In the future, I would like to become an environmental scientist – a person who’ll contribute towards solving our climate crisis.’ 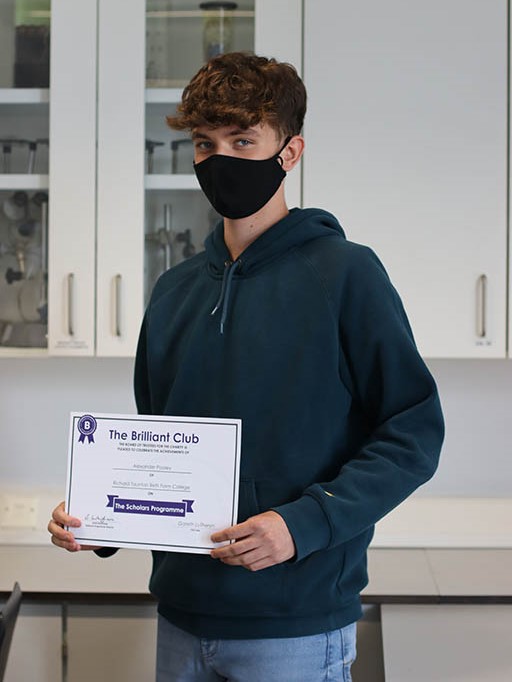 Alex Pooley joined the college from Noadswood School. He is studying Maths, Chemistry and Biology at Richard Taunton.

‘I decided to take part in the Scholars Programme because I saw it as a unique opportunity to learn new skills. In particular, I found the lectures were the most enjoyable part of the programme. They really helped me learn more about taking notes and writing university-style essays. In the future, I would like to go to university to study Chemical Engineering.’ 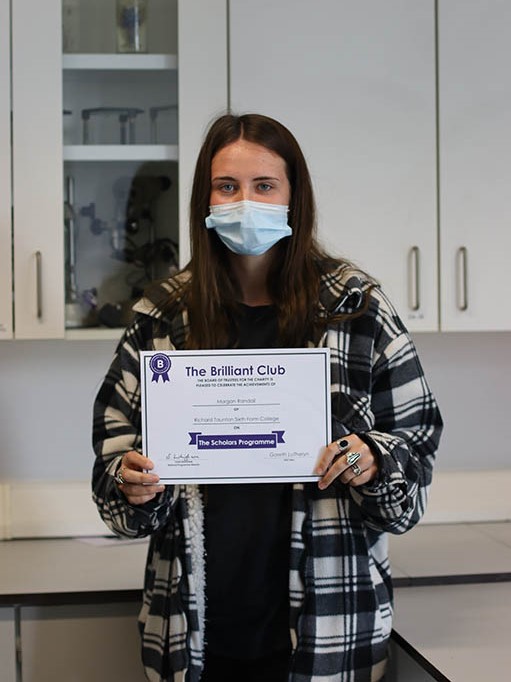 ‘During my time on the Scholars Programme, I really enjoyed gaining lots of new knowledge. For example, we got to learn about things like planktonic and sessile bacteria, and biofilms. One of the reasons I chose to take part in the programme was to help improve my university application. In the future, I would like to study veterinary medicine or science so that I can hopefully become a farmyard veterinarian.’