Students and staff from across the college listened to Harry discuss his experiences as a professional footballer. He talked about key moments from his career so far, including his FA cup debut and his one-year loan at Dundee United.

“This was an incredible opportunity for our students to learn from a current premier league footballer. Harry was very open and honest about his time working in professional football and the pressures that go with the lifestyle.”

Harry highlighted to students that football, often considered a glamorous career, requires a lot of sacrifice. Examples included the physical demands of the profession and the homesickness that relocation can cause.

Students also gained some insight into what makes a good coach. Harry stressed the importance of honest communication, building personal relationships, and dealing with conflicts well.

“Harry shared with us the different styles coaches and managers have used and what he responds to best. This enabled students to reflect on their own coaching journey and gave them the opportunity to think about the coach they want to be going forward.”

As the session drew to a close, students were invited to ask questions via the live chat.

“The session was very enjoyable and educational as it gave some insights of the ups and downs of football and a player’s career.”

“The call with Harry Lewis was really good for anyone interested in coaching, as well as me personally, because he was able to answer specific questions I had about goalkeeping. He gave a good insight into what it has been like training under different managers and the different styles of play they use.” 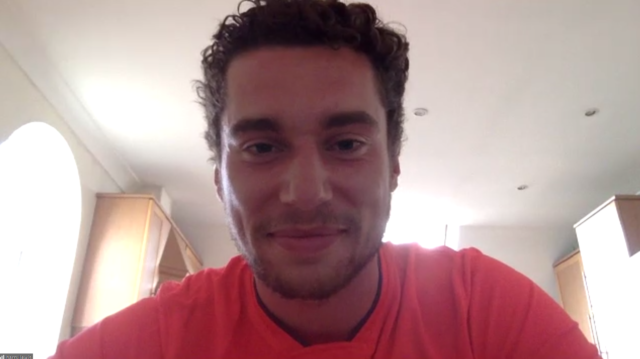