A jam packed hall of Richard Taunton students put three of their local candidates through their paces last week when they posed their questions to them in their very own ‘Question Time’ style event.

Candidates Alan Whitehead (Labour), Joe Richards (Liberal Democrats) and Steven Galton (Conservative) were questioned on some of the key issues for the forthcoming election. Students covered a wide range of areas with their questions – asking candidates about their position on tuition fees, sixth form funding, the NHS, the benefits of Brexit on the local area, their views on housing, and how realistic their parties spending plans were.

From education and the NHS, through to housing and the voting age – candidates really gave students something to think about as they debated their stance on a variety of issues. With varying views and policies on a number of topics, it seemed that there wasn’t much they agreed on, until a question about Brexit united their opinion. When asked what the benefits of Brexit would be to the local area – surprisingly it was something that all three candidates agreed on – the answer was ‘none’.

“Talking to the candidates was definitely useful – it showed me that political parties and their candidates’ views aren’t always black and white. I think it’s important that people my age get involved and engage with the news more. I personally want to go into teaching and I hope that by the time I am, some form of political education is mandatory in secondary schools so that more young people are encouraged to vote.”

With over a third of Richard Taunton students eligible to vote in the next election, the college has been encouraging students to get involved and have their say.

Chris Harrison, Teacher of Politics and History at the college said;

“In the context of the ongoing Brexit situation, it is now more important than ever for young people to engage and understand the nature of politics and what they are voting for. I feel this event was a success by allowing our students to engage with local policy makers, whilst allowing their voices to be heard – particularly at a time when it seems that younger people have in the past been let down by previous governments.”

“I would like to say a big thank you to the students for allowing us to answer their questions today. They had some detailed thoughtful questions about principles and policies that give me great hope in our future generations.” 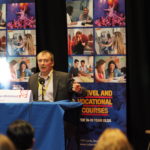 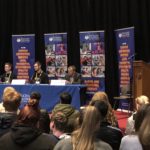 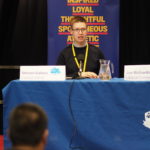 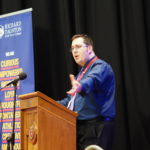